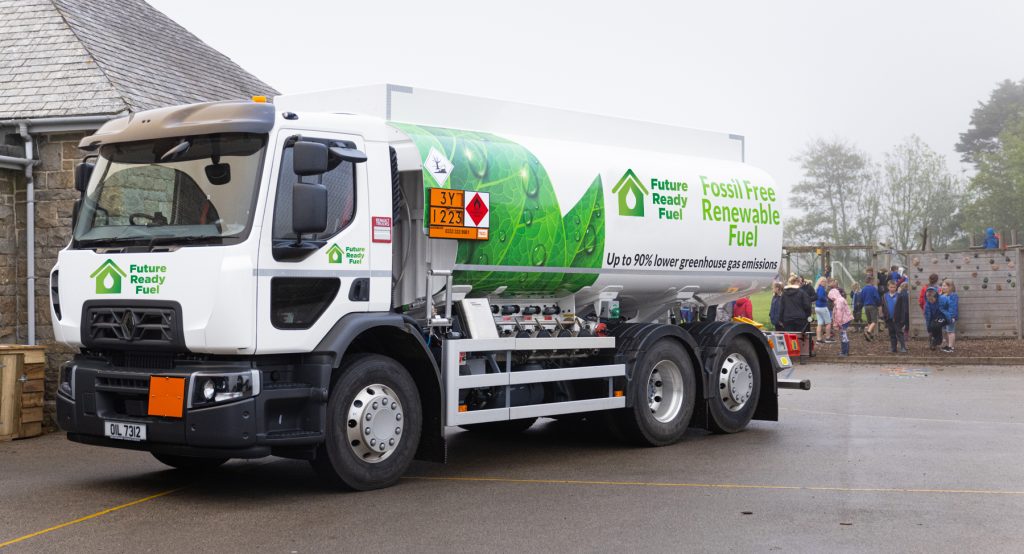 For the 1.7 million UK households that currently use oil, renewable liquid fuels such as HVO should be prioritised as HVO immediately reduces carbon emissions by 88%. It can also be used in an existing oil boiler following a simple, low cost conversion that takes one hour and costs around £500.

With the increasing cost and uncertainty over energy, the publication of a robust and practical plan is an important step as we look to transition away from fossil fuels to low carbon alternatives.

But while the focus of the document looks to the infrastructure needed to meet Britain’s future energy generation and consumption, there is very little on how the government intends to help households and businesses to reduce their energy requirements NOW. Given the current situation, we think this is a very serious omission. The best energy is the energy you don’t use, so this is where the new strategy should have started.

We are particularly concerned about off-gas grid households that use oil heating. The government has stated that 65% of these homes are in EPC Bands E to G (a much higher proportion than homes that use mains gas heating), making them some of the least energy efficient in Britain.

This is completely at odds with the statements in this new energy strategy and recent Heat and Buildings strategy that the government is committed to choice, and to a fair transition. Where off-gas grid homes are concerned, they are doing the opposite – offering no choice and treating them extremely unfairly.

The industry has already demonstrated the viability of an HVO solution after sponsoring the conversion and running cost of nearly 150 oil homes to the fossil-free fuel. We urge the government so support a wider rollout.

You can support the Future Ready Fuel campaign for fair heat decarbonisation here.

Follow off-grid neighbours Mo and Sue as they begin their journey towards green heating. While Mo follows government advice and installs a heat pump, Sue does some research and switches to HVO instead…

From the Scottish Highlands to Cornish shores: More than 100 oil homes switch to HVO

Calls for the government to back a wider rollout of the renewable liquid fuel HVO continue to grow following the announcement that over 100 oil heated properties across the UK have now converted to HVO.

Storm Arwen and the future of rural heating

Storm Arwen caused misery for households in northern England last month, leaving more than one million people without power or heat for over a week.

UKIFDA and OFTEC, the trade associations behind the Future Ready Fuel campaign, are celebrating the one-year anniversary of the first ever property in the UK to be converted from oil heating to the renewable liquid fuel, HVO.